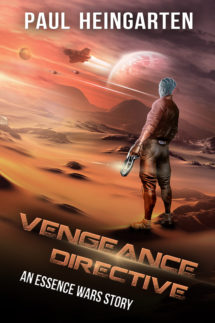 Vindication is a long and winding path that sometimes takes years to be realized.Ander Pimm has been down like few others in Ling Galaxy. Like his fellow Railen citizens, he’s languished for decades on the remote system of Delfina. The Railen were outcast by the Nara for crimes against the state, a verdict the Railen have thoroughly protested and dismissed. Their only trespass in their eyes was caring too much about the common Ling Galaxy citizens to want Essence to be shared more with those who need it.Their exile on Delfina has given them a chance, albeit small, at a new start. They’ve reached for every step back up the ladder on their own, and thanks to innovations by their brilliant minds like Joanna Yamak, they stand at a precipice to have a proper standing in Ling Galaxy.But the Omegans and the UA have something to say about the Railen too, and they want to make sure these troublemakers are kept in line. Will Ander lead his people back to the promised land from which they were once so violently removed?