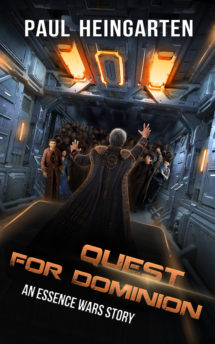 He’s lost much, and is ready to take everything back and more

Malone Stanton got the taste for power quite accidentally and early in life. As a once promising Nara citizen, he was given a glimpse of the potential for Essence. This chance experience planted a seed in Malone’s mind of the true power Essence held. Unfortunately, his growing ambitions were pruned by the Nara, who expelled Malone from their world forever.

Left to his own in Ling Galaxy, with only his wits and an undeniable charisma at his disposal, Malone builds a new world around himself, with a pledge to one day harness the power of Essence and claim ultimate power over Ling Galaxy once and for all.